One of my Central Locomotive Works (CLW) engines had a drive mechanism problem. It was very stiff to turn or at least for the motor to overcome the resistance. Come to find out one of the plastic gear boxes had wore out and deformed. The gear boxes are axsle mounts as a worm gear configuration. The gear box in my case did not contain bearings or any type of bronze bushings. However, I may say after so many years of service these performed well and had a long life. One photo shows a new original gear box housing from CLW for comparison purposes. Rather than replicate the exact enclosure shells, I went a step further to develop 2 piece shell that is secured with 2-56 hex head screws 3/4" long so that the bottom screws could accommodate electrical wipers on the wheels for electrical pick up. A rather passive or non intrusive way to get current without impacting the mechanism or the performance of the truck. Pictured is the original gear box that was held together with 2 screws verses my new version to house the gears. Once assembled, some running maybe required to break them in if they are slight tight as the tolerances are very close. Each piece will need some clean up prior to assembly due to the support structure on the printer build plate. The gearbox is printed using the PRUSA ABS filament, the parts are sold as is straight off the Prusa Printer build plate, all sales final no returns. Made In The USA. 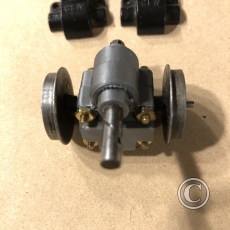 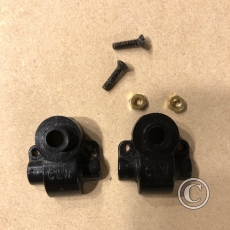 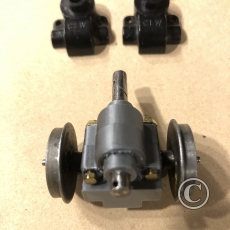 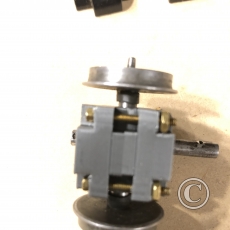 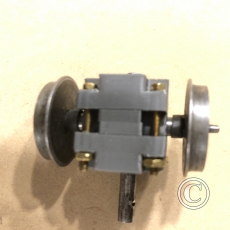 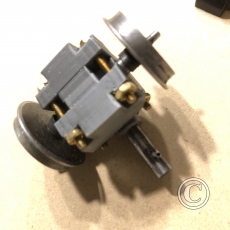 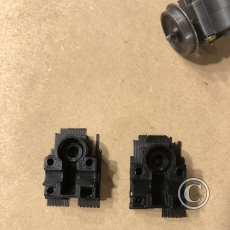