For some reason, to MU several A & B locomotives whether they are F3 or F7 or even E units, they never look just right on the layout without the diaphragms. The assumption being that railroad employees had to walk from one engine to the next while in transit. This minor detail is missing on most of my model CGW engines so I plan to remedy that situation. All Nations hobby shop had diaphragms and I have a few left over. They consisted of 2 brass striker plates and the bellow such that when assembled, there was one for each door. The bellow Accordioned or stretched over and above the couplers serving as a safety feature and perhaps protection from the weather. Within the enclosure was a floor plate as a modeler might note on passenger cars. The bellow material on the early kits was either hand made from clothe or a rubber type and neither held up very well. First the clothe did not like to stay glued to the brass and the rubber ones fit around the frame of the striker plate but over time lost their shape. Consequently, I replicated from the original brass striker plates ones 3D printed to fit to the outside doorways on the F3 & F7 units. The striker plates are printed using PLA. Next, I developed the bellows and have printed them using FLEX filament so that they would reproduce the same accordion action as the real equipment. In reality on the model it is more about looks and less about function. However, the FLEX has a rubber feel to it and hold its shape well. This kit will outfit 1 A Unit and 1 B Unit, thus 3 complete pairs of diaphragms. Each pair contains 2 striker plates and 2 different sizes of bellows. Once again, because of the variability in the distance between 2 MUs due to coupler shank length, 1 bellow measures 12.4mm and the 2nd 6.5mm and so I think the visual resolution is maintained at these scaled prints giving the modeler some flexibility and choice. The 12.4mm could also be trimmed if need be. Printed with PLA and FLEX filament sold as is straight off the Prusa Printer built plate, all sales final no returns. PLA is not dishwasher safe and may deform in a hot automobile in the summer time as it has a relatively low glass-transition temperature. Made In The USA. 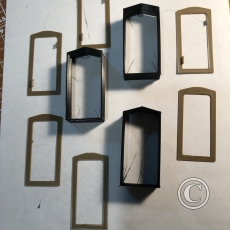 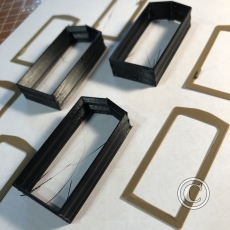 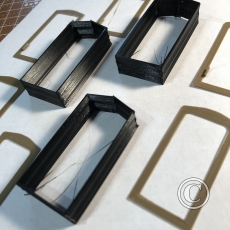 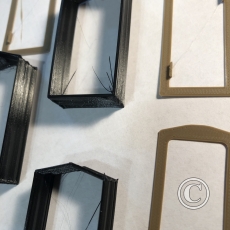 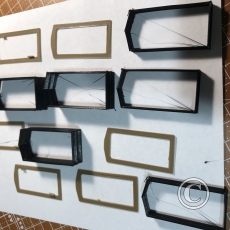 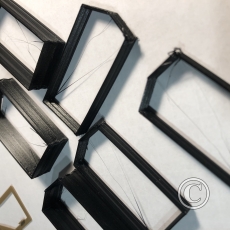